It was a privilege to attend this distilleries reserach meeting a few days ago. Held indoors in the town of Tequila Zuno organized by CIES in Guadalajara, Jalisco, Mexico. 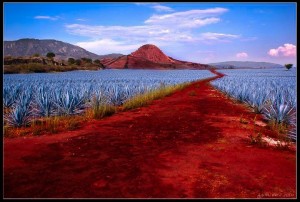 The chinguirito was the first item, a drink made of sugar cane, brought by the Spanish in Mexico. According to researcher Dr. Teresa Lozano (UNAM), based on his studies around 1600 AD, the miners of Taxco sugar sold wine, 45 to 60 ° (brandy).

Mesquite wine comes from the fruit of the mesquite tree, which is like a sheath to be ground and squeezed, are cooked in pots in an oven-style “barbecue”, the latter is the traditional pre-Hispanic oven, well, where surrounded by leaves of the agave to cook with some fuel, which could be wood, they dry branches, and so on. On the other hand, consumption of chinguirito was where he had cane plantations.

A curious fact, the researcher said that “vino mezcal” was banned by the Catholic Church, even calling it “excommunication drink” the distillate. He also coconut wine and mescal drinks were banned in Guadalajara Mexico, which was considered the cause of death in the City. A cultural data is that we are talking about it when we talk on the history of Mexico to chinguirito, rum or cane wine.